PREVIOUS TALKS – ‘Brunel on Film’ – A talk about ‘A Clockwork Orange.’

As part of the 50th anniversary celebrations, Brunel presented a screening of possibly the most famous (and controversial) film to be shot on campus, Stanley Kubrick’s A Clockwork Orange. Released in 1971 the film starred Malcolm McDowell as sociopath Alex, with the university’s famous lecture centre featuring as the heart of the government hospital where the infamous Ludovico technique is administered.

Dr Greg Scorzo focussed on how sexual liberation was viewed by Kubrick in 1971 and how that can be interpreted today. This is covered in more depth in his essay  – ALEX’S VIOLENCE : RE-INTERPRETING A CLOCKWORK ORANGE 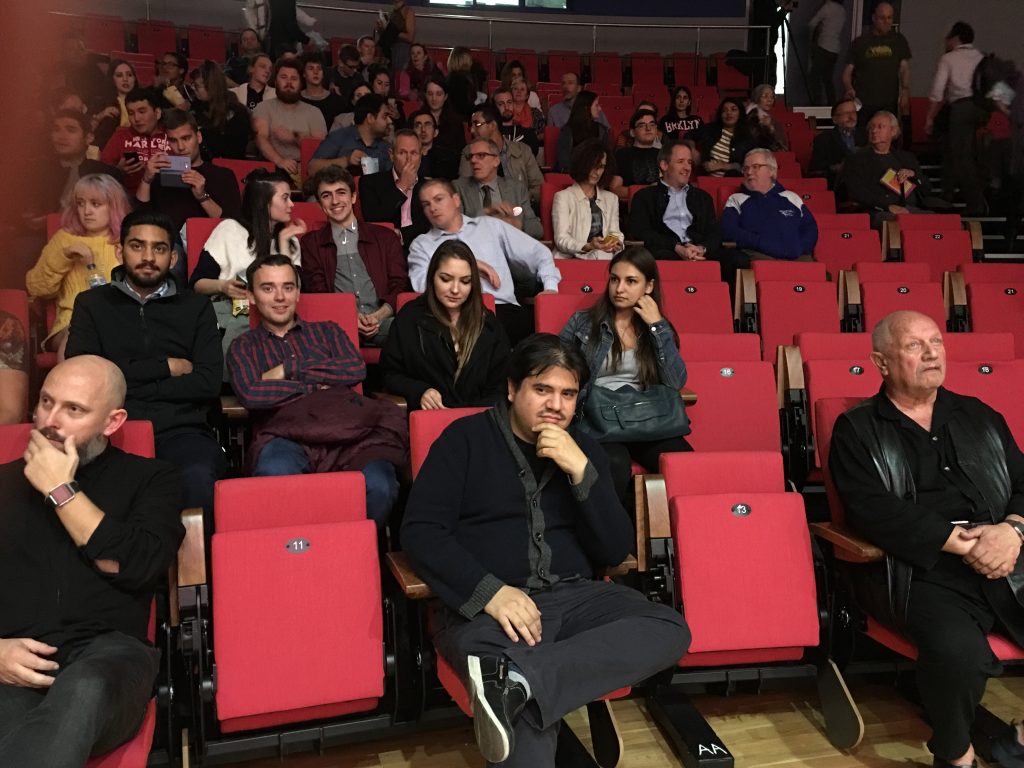 Here is a copy of his talk.

Interpreting the Sexual Revolution through “A Clockwork Orange.” 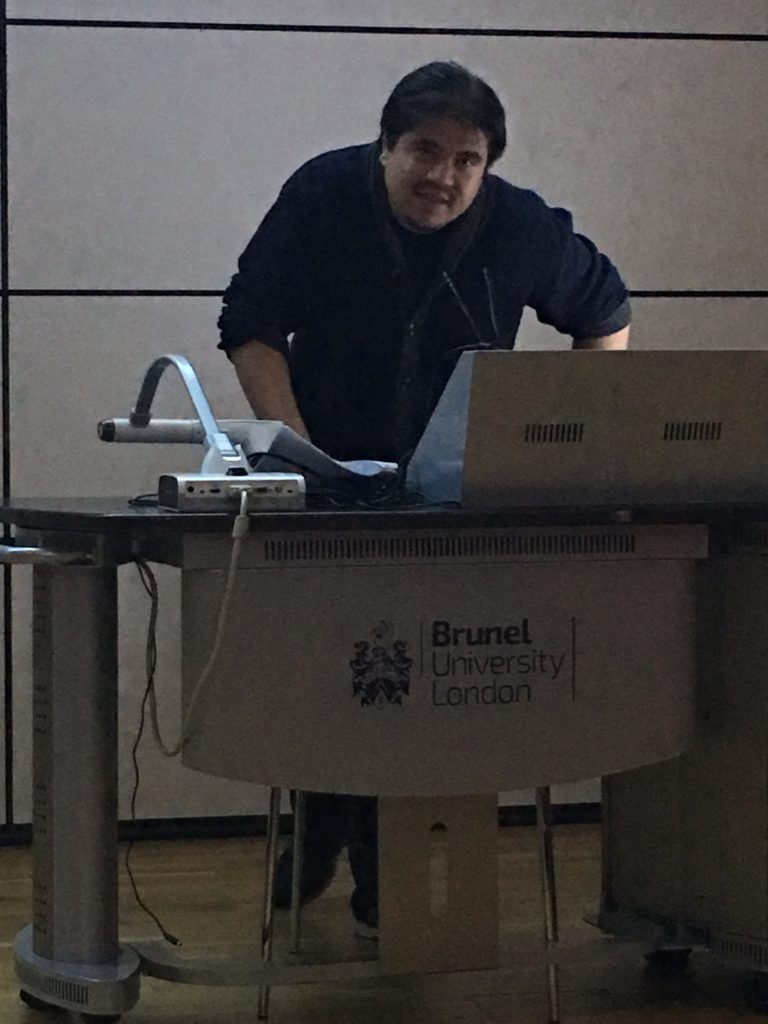 Hello everyone. It’s great to be here at Brunel University. I’m honoured to be speaking at such an interesting event, to talk about my favourite flim: Stanley Kubrick’s groundbreaking A Clockwork Orange. I’m going to  talk tonight about one aspect of the film; what can it teach us about the history of sexual liberation and the sexual revolution of the 60’s? I think this aspect of the film doesn’t get talked about enough. Yet this subject matter makes the biggest impression today, when the film is watched by a 2016 audience. The film has had many different interpretations: the most common theory is that it is essentially about free-will. I believe the film’s attitude towards sexuality and culture, is much more pertinent than what it has to say about free will. In fact, I don’t the the film actually has much to say about free will. As far as I can see, Alex never loses his free will. Just a range of his choices.

So to me the story of what happens to Alexander Delarge seems to have 3 morals:

1. Being socially and sexually liberal doesn’t make you more peaceful and loving.

2. Being cultured doesn’t make you more civilised (whether the culture is Beethoven or counter-culture.)

3. Wanting to fight even bad people doesn’t give you a special moral high ground. Whether you’re a government trying to win the next election, or an actual victim of violence, you can be just as sadistic as the people you want to protect society from.

Are these morals also in the book by Anthony Burgess, that the film is based on?

I’m not actually sure. A Clockwork Orange, the novel, certainly has a similar story to the film. However, I don’t think it’s the same story. This is one way my interpretation of the film, is probably different to most of its fans. Because Anthony Burgess’s novel was written in the early 60s, and relies largely on the reader to imagine the futuristic world it takes place in, it lacks the main preoccupation of Stanley Kubrick’s film: Kubrick’s film is a satire of the ‘Psychedelic Era,’ and it’s cultural aspirations.

What were those cultural aspirations?

The psychedelic era was noticeable for it’s strident break with the cultural values of the war world 2 generation. That older generation was so happy to be alive, that it found television, the absence of food rationing, and the suburban comforts of raising a family, as exciting as the most decadant luxuries. Their children, the children of the psychedelic era, saw their parents as representing an idea that was overwhelmingly distasteful and boring.

What was this idea?

It was the idea that a bland, drab, monochrome, narrow minded, and hyper-cautious world was the price one had to pay for survival, economic prosperity, social cohesion, and democracy. So what did the hippy generation, their kids, want instead?

They wanted a liberal democracy that was colourful, joyous, perplexing, and filled with spontaneity. A world where creativity was celebrated, eccentricity was something one aspired to, pop-culture was never just about being popular, and the political antagonisms of the cold war would be replaced by a peaceful, loving, and largely intoxicated push for social, and sexual freedom. Kubrick’s ‘A Clockwork Orange’ showed them something like what they said they wanted. But not what they expected to see.

How does the film do this?

It does show us a slightly futuristic society that contains a thriving and eccentric youth culture. The film shows us that hang outs for young people in this future contain variations on the most interesting and stylish decor of the late 60s. Young people wear clever and strange variations on psychedelic fashions. Recreational drug use appears to be legal. Night clubs actually sell recreational drugs, rather than function as spaces to illegally trade them. And most importantly, this is a world where there are no puritanical norms governing sexual behaviour. In ‘A Clockwork Orange’ there’s no linking of sex with marriage, or monogamy, or even emotional intimacy.

In this society, technology has clearly advanced beyond the technology of 1971. An early scene in the film where Alex beats a drunken homeless man suggests the film takes place at a time when there is a highly developed space program. The aversion therapy that Alex undergoes demonstrates advances in behaviouristic psychology that didn’t exist in 1971. Yet in ‘A Clockwork Orange’, both these technologies are used to harm rather than help members of the society they emerge from. The space program takes money and resources away from the solving of domestic problems like crime and poverty. The advances in behaviouristic psychology are used to deprive criminals of the ability to act on sexual impulses, or defend themselves against the violence of vigilantes.

The creativity and freedom of the society depicted in A Clockwork Orange is always a means to express callousness and brutality. The drugs served up at popular night clubs help to motivate brutal gangs of young men engage in acts of violence and rape. The erotic images of women in public spaces reinforce the idea that women are beings whose primary purpose is to gratify the sexual urges of young men. The music and art of this society provide an aesthetic background to accompany the violence that the characters engage in. In Kubrick’s future, both high art and modernist art, provide the atmosphere for, rather than moral motivation against, brutality.

So what does this tell us about the Psychedelic Era’s aspirations?

It shows us that such aspirations were compatible with both decadance, and casual forms of cruelty. In many ways, the free spirited and spontaneous qualities of the Psychedelic era lent themselves too readily to mischeif, a mischeif that could easily express itself in everything from sexy Monty Python sketches, to the blind eye turned to the abuses committed by Jimmy Saville. Both things were an expression of the same cultural change.

What change was this?

During the late 60s and early 70s, the term “sexual revolution” was used to describe what was really a sexual revolution for men. The freedoms it gave women were good, but largely instrumental. They were freedoms designed to both supplement and enable the new freedoms for men. These freedoms centered around the ability of heterosexual men to celebrate their attraction to women, outside the confines of marriage, and family life.

How was this different to how men always were?

Men could enjoy and celebrate casual sex with women, for the first time, without being thought of as the worst kind of sleazebags, the sort of men John Wayne had to defeat in John Ford Westerns, saving the obligatory damsell in distress character at the end of the movie. In the late 60s, the man who unashamedly loved to have sex with women, went from being the bad guy, the sleazy guy, to being the bad boy of bohemia. He became the Rock Star. He became Mick Jagger, or Jimmy Henrix. And what exactly is a bad boy? It’s a man who wants to have sex with a woman, for no other reason, than the fact that he’s attracted to her. It’s a man who unashamedly objectifies women.

When the culture allowed men to celebrate being bad boys, they could, for the first time, use vulgar language to describe how much they loved having sex with women, or even how much they loved women’s bodies. They could extoll the joys of sex that was free of the elaborate courtship process expected of men. Women too got freedoms like birth control, and the ability to have sex before marriage without being so heavily shamed. They got to make money sexualising themselves, without being so heavily stigmatised. But this was only because it made it easier for women to please men, to say yes to men, men who wanted to have sex them because they were attractive. 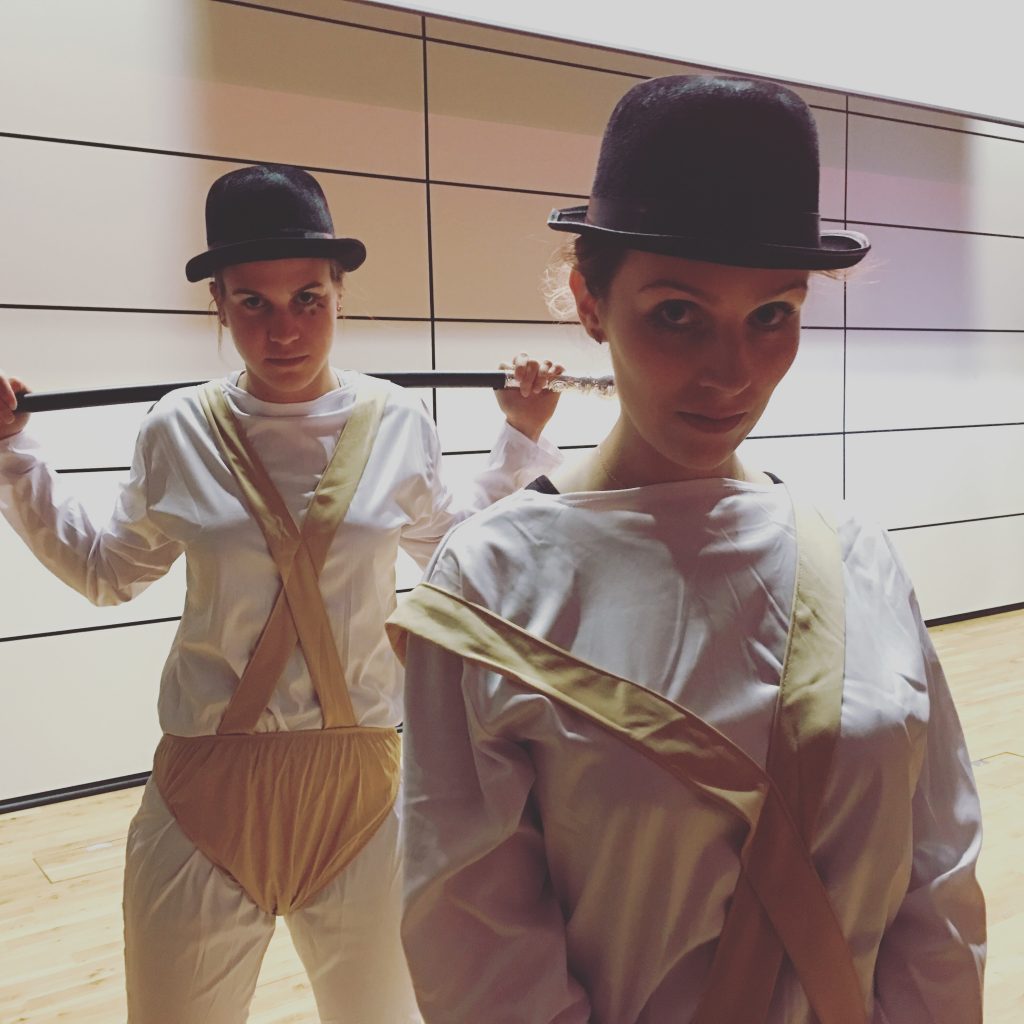 Audience Members at the Screening

I think the sexual revolution that begin in the 60s, has now officially ended.

It’s because we worry about women being dehumanised, when they are commodified for the sexual pleasure of men, in part, because of Kubrick’s frightening vision of a society where women were treated either as forgettably annoying shrews, or passive, erotic objects. Many film critics have thought that ‘A Clockwork Orange’ eroticizes the sexual passivity of women. I think it’s actually the first film that made liberals, rather than conservatives, uncomfortable with pornography. The film’s imagery raised the possibility that women were most arousing to men when they were bodies whose faces you couldn’t see, like the statues in the Kerova.

This discomfort I think made many people resent men. Or at least, resent the cultural pressures on women to sexually please men, after the male sexual revolution.

In this new revolution, women are encouraged to display, celebrate, and verbalise their sexuality, whether it’s in the form of provocative dress, exhibitionism, or saucy language regarding different features of the well toned, and well oiled male body. Men on the other hand, are only encouraged to express their sexual desires, provided they first get the permission of women who already fancy them. If you’re a heterosexual man, the etiqeutte around your sexual desire could be summed up by the phrase: Speak when spoken to. In today’s revolution, it’s something like the 60s for women, and the 50s for men. Or at least, heterosexual men.

Like the 50’s, bad boys are suddenly bad guys again. And what gets approval in the new revolution is the gentleman; the gentleman who does nothing but approve of women’s choices, while working hard to never even accidentally offend any woman. Today, more than ever, men are paranoid about being too much like Alex – or even being seen as someone who is too much like Alex.

Alexander DeLarge was Stanley Kubrick’s worry; a worry of what happens in a world where men have a sexual revolution. Kubrick, we should remember, was a member of the World War II generation.

But A Clockwork Orange isn’t simply a conservative film, longing for the post-war morality. It’s too paradoxical to be conservative. It is actually the most radical film of the Psychedelic era. It’s the most innovative, artistic, iconic, sexually liberated, and shocking feature film of it’s time. It’s relevant today, because people who are not conservative, are still frightened of Alex. Today they see Alex, whenever they look at heterosexual men. They see him, even when he isn’t there. 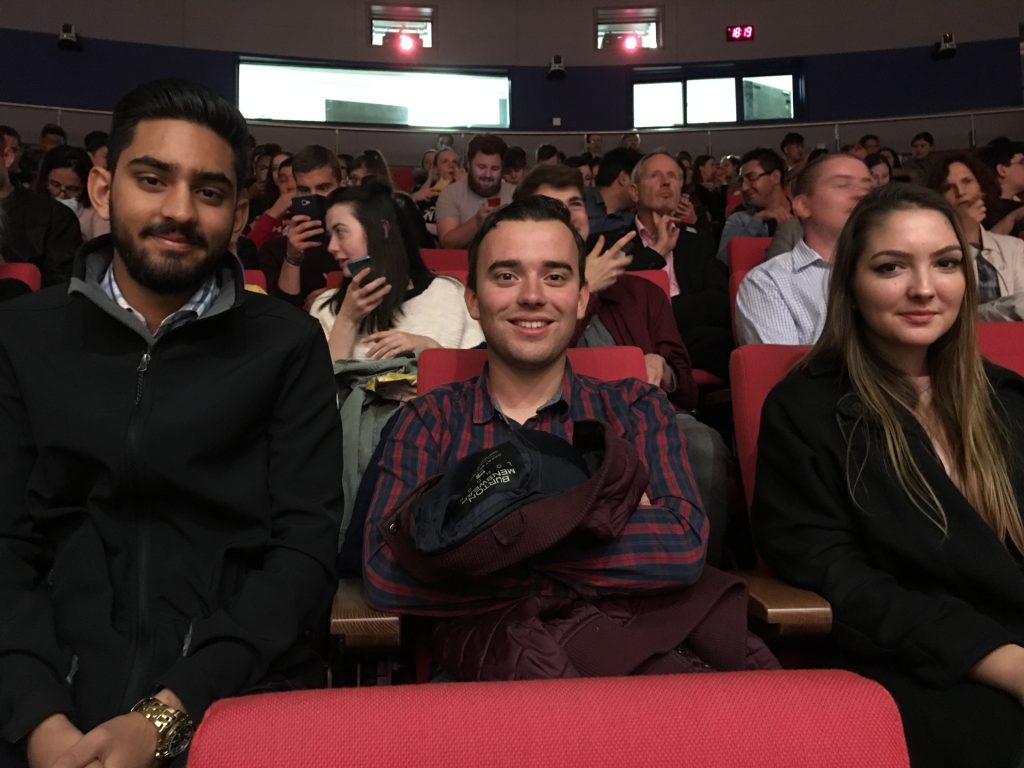