AGAINST THE CULTURAL TURN

Kenan Malik  is a writer, lecturer and broadcaster. His latest book is ‘The Quest for a Moral Compass: A Global History of Ethics.’

This is the talk he gave in a debate on ‘Interculturalism’ at the Lector in Fabula festival in Conversano in Italy. You can read more of Kenan’s  writing on his web-site PANDAEMONIUM

The experience of living in a society that is less insular, more vibrant and more cosmopolitan is something to welcome and cherish. It’s a case for openness, whether of borders or of minds. As a political process, however, multiculturalism means something very different. It describes a set of policies which aim to manage diversity by putting people into ethnic and cultural boxes, defining individual needs and rights by virtue of the boxes into which people have been put, and using those boxes to shape public policy. It’s a case, not for openness, but for the policing of borders, whether physical, cultural or imaginative.

This conflation of diversity as lived experience and of multiculturalism as a political process has proved highly invidious. On the one hand, it has allowed many to blame mass immigration for the failures of social policy and to turn minorities into the problem. On the other, it has led many liberals and radicals to abandon classical notions of liberty, such as an attachment to free speech, in the name of defending diversity.

The irony of multiculturalism as a political process is that it undermines much of what is valuable about diversity as lived experience. When we talk about diversity, what we mean is that the world is a messy place, full of clashes and conflicts. That’s all for the good, for such clashes and conflicts are the stuff of political and cultural engagement. Diversity is important, not necessarily in and of itself, but because it allows us to expand our horizons, to compare and contrast different values, beliefs and lifestyles, to make judgments upon them, and to decide which may be better and which may be worse. It’s important, in other words, because it allows us to engage in political dialogue and debate that can help create a more universal language of citizenship.

But the very thing that is valuable about diversity – the cultural and ideological clashes that it brings about – is precisely what many fear. That fear can take two forms. On the one hand there is the nativist sentiment: the belief immigration is undermining social cohesion, eroding our sense of national identity, turning our cities into little Lahores or mini-Kingstons. And on the other there is the multicultural argument, that respect for others requires us to accept their ways of being, and not criticize or challenge their values or practices, but instead to police the boundaries between groups to minimize the clashes and conflicts and frictions that diversity brings in its wake. As the British sociologist Tariq Modood has put it, ‘If people are to occupy the same political space without conflict, they mutually have to limit the extent to which they subject each others’ fundamental beliefs to criticism.’ 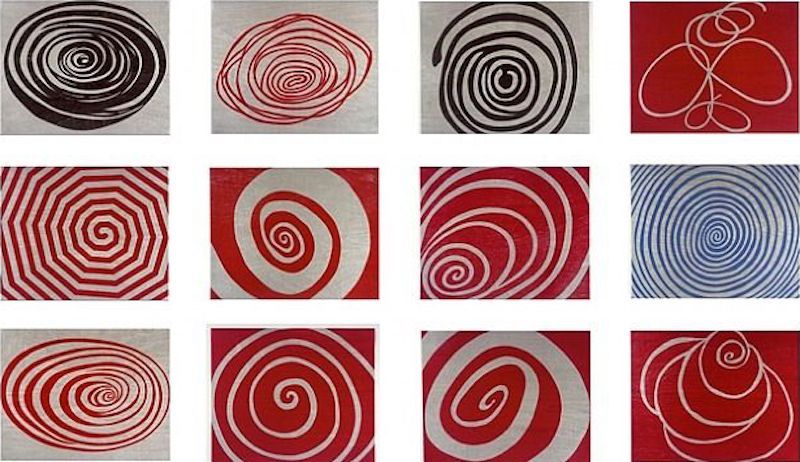 Multiculturalism and interculturalism are both products of what I call the ‘cultural turn’: the shift that’s occurred in recent decades that has led us to view social differences largely in cultural terms. And it is the cultural turn that lies at root the problem.

The roots of the ‘cultural turn’ have a long history, in some ways going back to the Romantic reaction against Enlightenment universalism and to German philosopher Johann Gottfried Herder ‘s influential concept of culture. For Herder, what made each people – or volk – unique was its particular language, history and modes of living. The unique nature of each volk was expressed through its volksgeist – the unchanging spirit of a people refined through history.

Herder was no reactionary – he was a great champion of equality and bitterly opposed both slavery and European colonial treatment of non-Europeans – but his ideas about culture were adopted by reactionary thinkers. The idea of fundamental differences between groups became central to racial thinking; the notion of the volksgeist was transformed into the concept of racial make-up. Radicals challenging racism and colonialism rejected the Romantic view of culture, adopting instead a universalist perspective. From the struggle against slavery to the anti-colonial movements, the aim was not to protect one’s own special culture but to create a more universal culture in which all could participate on equal terms.

In recent decades, however, the universalist viewpoint has eroded, largely as many of the social movements that embodied that viewpoint have disintegrated. The social space vacated by that disintegration became filled by identity politics. As the broader struggles for social transformation have faded, people have tended to retreat into their particular faiths or cultures, and to embrace more parochial forms of identity. In this process, the old Romantic cultural arguments have returned, but now rebranded as ‘progressive’.

As the broad ideological divides that characterised politics in the previous two hundred years have become blurred, as mechanisms for political change have eroded and the political sphere narrowed, so people have begun to view themselves and their social affiliations in a different way. Social solidarity has become defined increasingly not in political terms, but rather in terms of ethnicity, culture or faith. The question people ask themselves is not so much ‘In what kind of society do I want to live?’ as ‘Who are we?’. The two questions are, of course, intimately related, and any sense of social identity must embed an answer to both. The relationship between the two is, however, complex and fluid.

In recent years, the answer to the question ‘In what kind of society do I want to live?’ has become shaped less by the kinds of values or institutions people want to struggle to establish, than by group or tribe to which we imagine we belong; and the answer to ‘Who are we?’ has become defined less by the kind of society they want to create than by the history and heritage to which supposedly they belong. Or, to put it another way, as broader political, cultural and national identities have eroded, and as traditional social networks, institutions of authority and moral codes have weakened, so people’s sense of belonging has become more narrow and parochial, moulded less by the possibilities of a transformative future than by an often mythical past.

The politics of ideology has, in other words, given way to the politics of identity. This has shaped both the relationship of minority communities to wider society and the ways in many look upon migrants. On the one hand, as communities, both minority and majority, have come to see themselves in narrower terms, and in terms primarily of culture, ethnicity or faith, so ‘diference’ has come to be exacerbated and exaggerated. Many within minority communities want to find themselves and their place in society through a sense of their difference from other communities and groups. Many within majority communities, too, look upon those from minority communities primarily through the lens of their ‘difference’. At the same time, many have come to see immigration as a dilution or erosion of the national culture, history and heritage, and hence as a threat to be resisted. 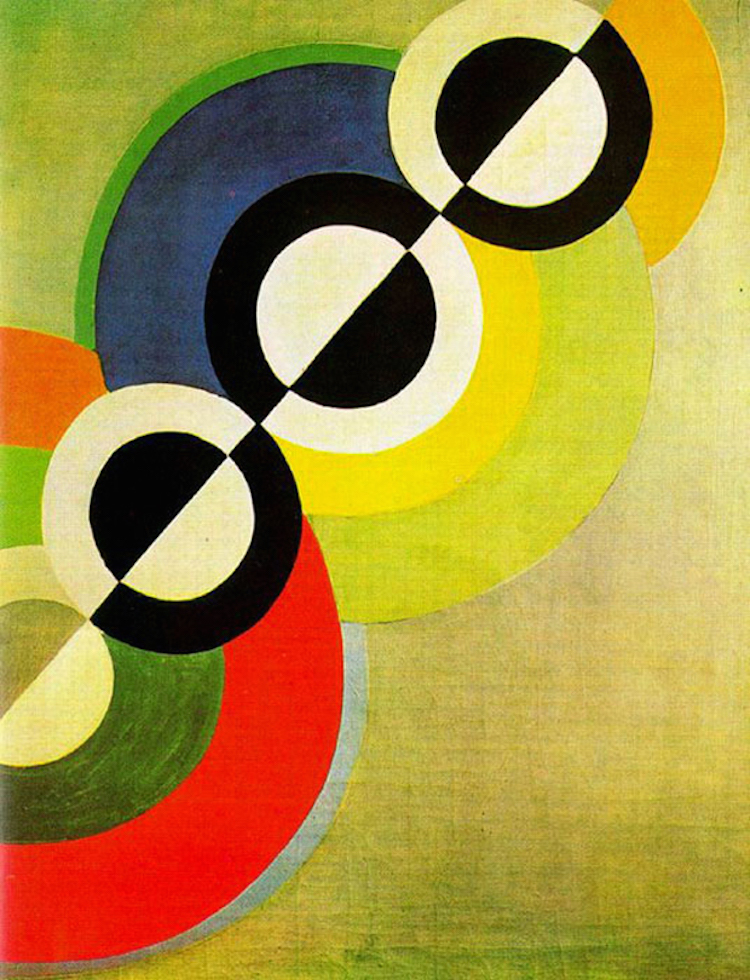 What both multiculturalism and interculturalism express in essence is the shift away from political conceptions of social relations to primarily cultural views. Political struggles divide society across ideological lines, but they unite across ethnic or cultural divisions; cultural struggles inevitably fragment. What matters in political struggles is not who you are, but what you believe; the reverse is true in cultural or ethnic struggles. Political conflicts are often useful because they repose social problems in a way that asks: ‘How can we change society to overcome that problem?’ To view racism politically, for instance, we need to ask, ‘What are its social roots and what structural changes are required to combat it?’ We might disagree on the answer, but the debate itself is a useful one. Another way of putting this is that political conflicts are the kinds of conflicts necessary for social transformation.

The ‘cultural turn’ has encouraged us to repose political problems as issues of culture or ethnicity or faith, and so transformed political conflicts into forms that makes them neither useful nor resolvable. Rather than ask ‘What are the social roots of racism and what structural changes are required to combat it?’, a multicultural approach demands recognition for one’s particular identity, public affirmation of one’s cultural difference and respect and tolerance for one’s cultural and faith beliefs.

When I said earlier that clashes and conflicts are all for the good, I did not mean that every clash and conflict is a good. Clashes and conflicts over ideas and values and beliefs are often valuable and necessary for social change. In attempting to minimise such clashes in the name of ‘tolerance’ or ‘respect’, multicultural policies do not in practice get rid of conflicts but rather transform political and ideological struggles into cultural and communal clashes. They both constrain the kinds of clashes of opinion that could prove politically fruitful, and unleash the kinds of conflicts that are socially damaging. They transform political debates into cultural collisions and, by imprisoning individuals within their cultures and identities, make such collisions both inevitable and insoluble.

Interculturalism encourages greater dialogue and debate between, and indeed within, cultures. What it doesn’t do is challenge the terrain of the dialogue or debate; it does not challenge the idea that such dialogue or debate should take place at the level of culture. Simply talking more is not the answer. We can talk as much as we like, but so long as that talk remains on the terrain of culture, rather than of politics, then we have little chance of transforming society, of overcoming social divisions or fragmentation. The challenge we face, then, is not simply to talk more, but to transform the very terrain of dialogue, and to reinject into it political vision.