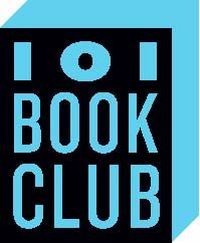 The centenary of Anthony Burgess’s birth offers an opportunity to reassess his most famous novel and its relationship to the famous, and famously censored, film based on it.

Stanley Kubrick’s 1971 film A Clockwork Orange departs in myriad ways from the thematic concerns of book, published in 1962. This timelessly controversial film is often misunderstood, in part, because it is confused with the book upon which it is based.  Even though the book and film tell the same story, the visual storytelling of the film creates a work of art which has a unique set of concerns not present in Burgess’s novel. Kubrick’s film, for instance, is not primarily about free will.

What the film does that the book could not is place the story of teen psychopath Alex (and his brutal conditioning by the state) within the context of a nightmare vision of the late Sixties.

Because Burgess’s book was written in the early Sixties, his version of A Clockwork Orange couldn’t address issues related to the hippie counterculture or the sexual revolution. Kubrick’s film does both; it uses not just the story of Alex, but the jarring sounds and images of that story, to ponder the fate of Western culture in the aftermath of the psychedelic era.

The film’s violent youth wear bowler hats, savour the ecstasies of Beethoven, and rape and pillage while images of Jimi Hendrix adorn the walls of popular nightclubs.

Kubrick’s A Clockwork Orange is relevant to a twenty-first-century audience because the film not only predicts much of what has come to pass (nightclub drugs, lad culture, pornographic imagery used as decorations in public spaces), but also what many people believe are today’s moral panics. Everything from disastrous social programmes to rape culture is depicted in A Clockwork Orange. Wendy Carlos’s ‘decades ahead of its time’ synth score still stands alongside the best of contemporary electronic music. And Kubrick’s masterful film-making equals Citizen Kane, not just in terms of its highly imaginative artistry, but also in its sheer audacity. This is a film to be reckoned with, a cinematic experience as shocking in 2017 as it was in 1971.