On Boredom, Science, and Philosophy: Or on why I should have thought of a more interesting title

Since boredom advances and boredom is the root of all evil, no wonder, then, that the world goes backwards, that evil spreads. This can be traced back to the very beginning of the world. The gods were bored; therefore, they created human beings.

The Cycle of Boredom

The world today is so boring and the boredom is increasing. Our tools to fight back, failing.

Buy a new iPhone! It’s exciting at first. But after a few weeks (a month?), your neurons rearrange themselves and the phone becomes boring. The phone will be boring for the rest of the time you own it. You’ll want a new one to get that fix. But how do you get the money? You work. Work is boring. And so boredom begets boredom.

We’re Sisyphus except instead of a boulder, it’s boredom. Drug addicts have a similar problem: heroin relieves the boredom, for a while, then the high wears off, and the boredom returns. Another dose is required. And so on. The longer you’re taking a drug, the higher the dose required to relieve the boredom. Thus, phones get more and more expensive, fancier and fancier, sleeker and sleeker, the screens brighter, the colors sharper. We’re so addicted that we go into debt. Anything to relieve the boredom of the world, to make life interesting. For most people, life is a long drive inside a car.

The boredom causes anxiety and depression. We turn to medication, prescription and otherwise. We play on our iPhones while popping Prozac, Zanax, and smoking a joint. Alcohol consumption increases. But our bodies adapt. Higher and higher doses are required, for as the boredom increases so does the anxiety and depression. Soon we’re all on drugs, and they all lose their effectiveness as our bodies adapt to them. So, the pharmaceutical companies are forever trying to create better ones. We need new drugs just like we need new iPhones.

It won’t help! Can’t you see!? The cycle is endless. Just as gravity will always defeat Sisyphus, there is no cure for boredom. But boredom is horrifying! Better to be in pain than bored, better to be running for your life from monsters, multifarious. And so this is how our society functions: the endless drive to defeat, the invincible, the EverLasting, the Alpha and the Omega, to defeat God himself: BOREDOM! But with every dose, boredom becomes more and more resistant, its strength increasing, and so the dose must increase with it.

They say the universe is expanding and doing so at an ever increasing rate. More and more empty space is springing into existence! Why? The entire universe and its history fits the same paradigm: the big bang was the heroin injection, the new iPhone, the purpose of which was to relieve the boredom. And for awhile it did. Boredom is now creeping back, slowly at first, then faster. Eventually the entire universe, the infinite expanse, will be infinitely boring, dark and limitless. Then boredom will overwhelm itself and a singularity will occur,  this time bigger than the last, and so the cycle will repeat, ad infinitum 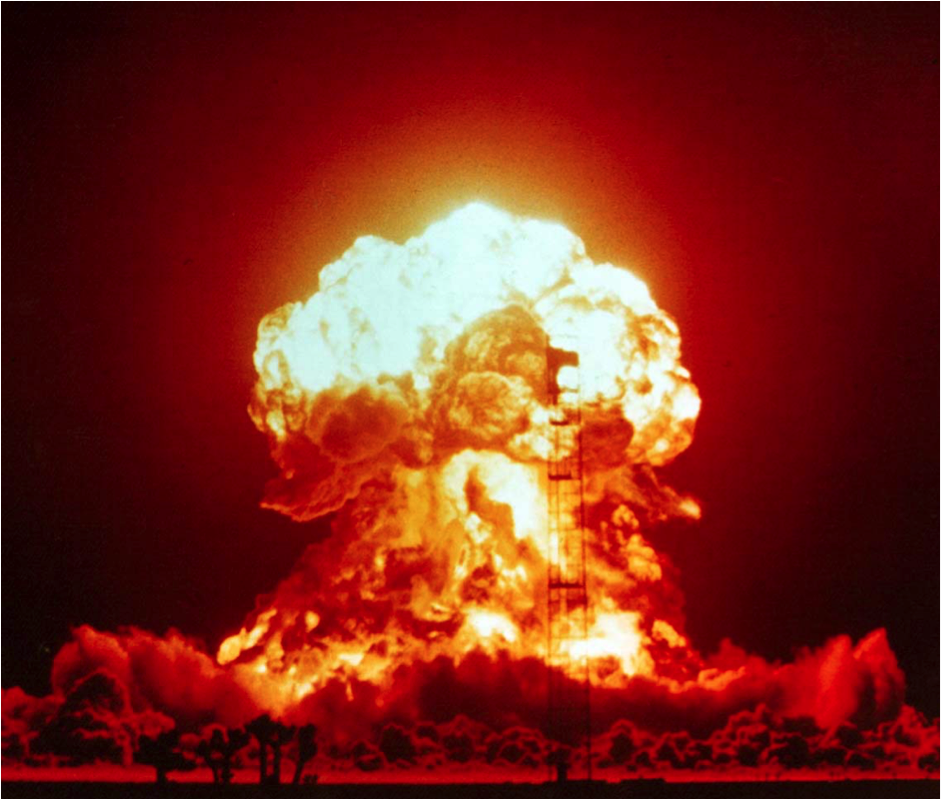 If boredom is our enemy all boring things and activities are it’s accomplices. There are so many boring things in the world and boredom is increasing. The stars are slowly dying; the light is fading; the darkness expanding. Feel it rushing in? Despair. For there is no place to run. The only choice is to fight the unbeatable foe, and fight it we do.

If Sanders is to win he needs some evil in his blood. Sanders thinks the issues matter. He concentrates on them. He doesn’t get involved in personal attacks. He’s professional, he’s inoffensive, and he’s kind. This is boring, so so boring. Goodness is boring; evil exciting. Just picture heaven; angels playing harps on clouds under a blue sky. Now picture hell; demons swimming in lava, beautiful women fucking winged beasts, forever. Where would you rather be? And thus Sanders must be at least a little evil. As boredom increases, evil must increase, because evil is much less boring than goodness.

Better the world burn and me with it, than to be bored. Thus, boredom is the cause of all wars. We are told wars happen for complicated geopolitical reasons, but they really happen as a last resort to stop the encroachment of boredom. ‘When all else fails, they take us to war.’ That’s how the saying goes. But fails to do what? Attenuate boredom! When shit gets so boring that no one can stand it, that a gun to the temple seems better than another day, we go to war. War isn’t boring. It’s interesting, at least for a while. Then everyone gets bored of it, and the war ends. Wars aren’t won by men, but by Boredom.

Science is boring, philosophy is boring, technology is boring. These things all relieved the boredom for a while, but their effects have become muted. Boredom has developed a resistance. The iPhone 7 will not be as exciting as the iPhone 6, and the iPhone 8 even less exciting. Science has become increasingly boring. When’s the last time a science article has even made sense? Space expanding? Nonsense. What’s that even mean? Nonsense is boring. Thus, the world is increasingly nonsensical. Time is relative? Even more nonsensical. A second is a certain amount of time, and a certain amount of something can’t be relative, by definition. And thus, it must be: boredom advances with the nonsense.

And thus my prediction is that the future isn’t one of scientific or philosophical enlightenment. It isn’t one of technological improvements. It certainly isn’t a future of nice, polite rulers like Bernie Sanders. It’s a future of demagogues, of war, of global warming, of increasing poverty, of prostitution and class divides. Think Mad Max. That movie was exciting, right? That’s the future. If it seems scary, it shouldn’t. This is how things work. You’ve got to trade up the drugs. If you only use one, your body adapts. For a while now we’ve been on the drug of science and iPhones. Boredom has become immune. It’s no longer working. Now, it’s the drug of war and violence. If this ain’t to your taste, just remember that things will change soon. Boredom always wins. 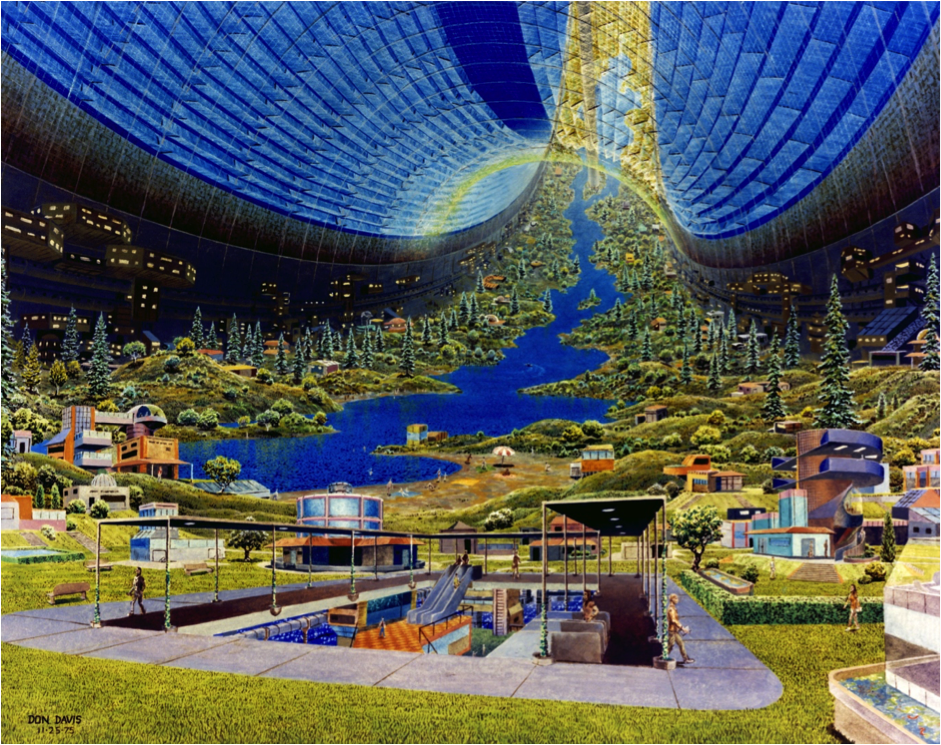 One might protest, ‘But isn’t there another way, a way to avoid war!’ Talking about boredom is getting boring. Do you feel it creeping in? Alright, fine. There may be another way. We need a rejuvenation, a revolution of sorts. People need to be given new tools to combat boredom other than the ones we have, which are no longer working.

If people are going to care about science, it needs to make sense to them. And why shouldn’t it? And thus I propose a new criterion: if something doesn’t make sense, then it’s false. All true theories must be sensible. This is to reintroduce the idea that all truths are understandable by human beings. Why believe this? The reason to believe it is that if we don’t, science will fail for being boring, and the world will turn to war. The reason to believe it is that you liked watching Mad Max but would rather not live it. All fundamental principles are like this. They can’t be justified in the same way they provide justification.

Philosophy too needs a revolution. Philosophy needs to do what it’s supposed to. It needs to enforce the sensible and convict the insensible. It needs to provide clear options for the big questions and weigh their pro’s and con’s. It needs to deal with real problems facing real people. It needs to leave the possible worlds behind and look at this world. It needs to stop spending its time picking the scabs off the feet of giants (Plato, Aristotle, Kant, Hume). We don’t need another journal article nit-picking at what some famous philosopher said. But most of all, we need a philosophy that really tries to understand the world, instead of trying to squeeze it into a materialist picture. Materialism is boring. It’s an old movie with an outdated plot. The CGI is non-existent, the accents are strange, the characters foreign to us. It must be replaced. The justification? To avoid war. To make philosophy interesting again.

With a new science, a new philosophy, and a new technology will come some better movies, some more interesting styles, a better politics, a revival of art… The reason is that there must be something to get people excited before they can be stirred from their doldrums. Movies, style, politics, and art have all gotten so boring, because there are no new ideas. They’re boring to even talk about much less actually participate in or create. There are no new ideas, because people have gotten so bored they can’t be bothered. They can’t create! They can’t remember what it was to feel, to think, to love. They’ve forgotten what it is to be human. And without the human spirit, there can be no art, no films of substance…

With a new science and philosophy will come a new technology and people will be moved from their stagnation. Perhaps we can even avoid war, for a time. But it’s getting dangerously too late! Just as the iPhones have to get bigger and bigger, faster and faster, to have to same effect, to attenuate the boredom like they did before, each war has to be bigger than the last. We’ve already used nuclear weapons twice. The United States vaporized two Japanese cities. The nukes are much more powerful now. If not this time, the next, or the next, but one thing is for sure: we’d rather burn than be bored. So, unless an alternative solution to the boredom of our age is presented, it’s going to get hot out. I have provided some ideas, the only ones I can think of, but I am now bored.

So, I am going to go rub one out and take a nap.

Perhaps I’ll dream of something interesting…

Culture On The Offensive

publishes philosophical writing about contemporary culture. This takes the form of a new kind of multi-media online essay. We also engage in conversations with controversial thinkers and present post-Socratic dialogues around universal themes.

We run talks and events, as well as short and long courses both on and offline.

We are looking for new contributors

We want our writers to submit pieces to us that inspire them. We want our writers and readers to feel as though CULTURE ON THE OFFENSIVE is a platform for expressing and exploring new, maybe controversial, but definitely thought provoking ideas that allow people to understand contemporary culture in new ways.

Once registered you can comment on our articles. If you wish to sign-up and support us by paying a small subscription and becoming one of our ‘plus-ones’, you can:

Attend talks, events, and courses for discounted prices, and get discounts on our books as they are published from assorted content on the site.