Phobia-hatred: The Crusade against Dawkins and Greer and the Demonisation of Mental Illness

There was once a time when people used to attack a bad idea for being precisely that, a bad idea. Yet the convergence of medical language and political crusades enables us to avoid that awkward hindrance of actually discussing beliefs and positions. For example, we no longer talk about ‘free love’, instead we talk about ‘polyamoury’. Of course, both appear similar to the extent that both concern our right to have multiple sexual and romantic partners, but the latter has a distinctively psychological tone, one that easily occludes the ideology behind it. This is the difference between free love and polyamoury. Grammatically it doesn’t sound right when we say “I am a free lover.” It makes much more sense to say “I believe in free love.” This is a rally cry! It is something you believe in, fight for and defend.

With polyamoury it is much easier to say “I am polyamourous” in much the same way that we might say “I am homosexual,” “I am bi-sexual,” and so on. The debate stops there. This is who I am, my identity, my ‘diagnosis’ and it is those who do not accept me that are the ones who really are sick.

The attempt to search out this new sickness underpins much of today’s incendiary social discourses. Figures such as Richard Dawkins, Sam Harris and Bill Maher are readily accused of having a mental health problem known as Islamophobia. Likewise, figures such as Germaine Greer, Julie Burchell and Julie Bindell are accused of suffering from transphobia. Rather than engage with the content of their thought many instead see fit to critique their mental health. Those who fail to show the appropriate signifiers of acceptance are now demonised, not so much because they have bad beliefs or faulty arguments, but because they are suffering from some kind of phobia. Instead of discussing how best to understand and frame transgender politics we discuss whether something is transphobic or not. Instead of discussing the politics of sexuality, we ask whether someone or something is homophobic, bi-phobic (etc.) …or not. Instead of discussing the assets and/or detriments of Islam as an ideology we discuss whether a person or position is islamophobic or not.

Medical language is used as the primary means to attack our enemies.

Of course, this doesn’t mean that today’s ‘phobes’ are treated with the kind of love, respect and understanding that you might expect from a decent councillor or therapist. Transphobes, for example, are not treated as poor unfortunate people struggling with a crippling fear of the transgender community. They are treated as villains who need to buck their ideas up and get over it. Imagine if we were to say the same thing to the struggling arachnophobe (someone suffering from an irrational fear of spiders).

“Buck your ideas up you pathetic arachnophobe! What have spiders ever done to you? You deserve to be hated. You are the lowest of the low. Go away and get over that pathetic phobia.”

Such a statement should be rightly understood as bigotry of the highest order. Not only does it lack empathy, but it displays a deep ignorance of mental health issues. Overcoming a phobia is not easy, it often requires heroism from the sufferer and support from those around them. So why do people so readily demonise homophobes, transphobes and islamophobes? If someone is genuinely suffering from such conditions, they need our support, not our hatred. 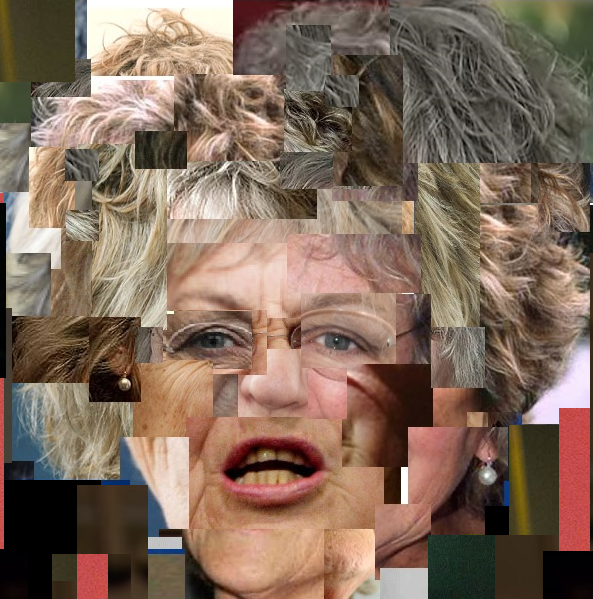 Of course, accusations of phobia are often not so much diagnoses as they are slurs. When someone calls you an Islamophobe they tend to mean that they think you are bigoted, not that they genuinely think you are suffering from a phobia.

It is completely plausible that someone can suffer from arachnophobia and still support the life and rights of spiders. Likewise, it is completely plausible that someone suffering from a fear of HIV contamination, and as a result experiencing a crippling fear of going in gay clubs, may still tell you, “Yes, I know that HIV isn’t inherently connected to gay men…. Yes, I know that I cannot get HIV from simply talking to someone… Yes, I support the rights of all HIV sufferers, gay men with HIV, etc. I know all this on an intellectual level, but this doesn’t stop me going into panic when confronted with such a situation.”

They can believe all this because the rational centre of the brain and the primitive ‘fight or flight’ centre of the brain are different. Sometimes they conflict. Conflating bigotry and phobia does little to support sufferers of phobia and everything to further its stigmatisation. It is rather the outgrowth of a genuine bigotry that serves to demonise those suffering from mental illnesses.

Most phobias have their roots in reality, what makes them phobias is that they go beyond that. The amigdula goes into overdrive and our rational responses go out of the window. Phobias may have their origin in reality, but, unlike reasonable fears, they do not end there. What phobia-hatred and phobia-denial have in common is a failure to see phobia as a psychological affliction.

So, yes, if you respond to a Muslim family moving in down the road with severe worry that within a week, you will appear on a video stream being beheaded by ISIS, you may be suffering from islamophobia. But if you are simply questioning the Koranic verses you are probably not. If you have an intense fear that you or someone you care about might catch transvestitus if exposed to a transgender person, you might be suffering from transphobia. But if you are not sure whether a transwoman is really a woman, you are probably not. If you fear that all homosexuals are out to rape you, you may be suffering with homophobia. But if you are questioning your support for gay marriage, you are probably not. This does not mean that if you are not suffering from a phobia you are obviously in the right, but nor does it mean that if you have a phobia you are somehow evil. Phobias are disorders and should be treated as such.

In an era of austerity there is often a tendency to demonise the sick, disabled and those unable to work. Whilst we are also seeing positive movements attempting to end the stigmatisation of mental health, it is depressing that many ‘progressives’ often make nods to the latter, whilst fostering the former. A man suffering from a serious mental health disorder who engages in domestic violence against his female partner, as reprehensible as this is, is likely to be labelled a misogynist. This often appears superficially progressive, but only using a gender-focal narrative to understand domestic abuse often occludes another serious concern; how domestic violence can be born out of the failure of a society to provide adequate mental health support for individuals and their families.

Morality crusades often like to have good guys and bad guys, make crude generalisations, and demonise whole demographic groups. This is often antithetical to building genuine progressive mental health support. Part of building better mental health support means recognising that those “bad guys” are also people in need. Part of mental health support means building compassion for people who are far from perfect and helping them grow. Part of mental health support means taking time to listen to people and engage with people without reaching for simplistic generalisations and stigmas. This does not mean that we should be passive or put our political passions on the shelf. It means, instead, that the passions for change be grounded in mutual exchange and a freedom from the fear of either bucking the trend or making mistakes. It is precisely the appropriation of medical language, divorced from a therapeutic context and used to demonise the opponent, that has done so much to inhibit this.

Culture On The Offensive

publishes philosophical writing about contemporary culture. This takes the form of a new kind of multi-media online essay. We also engage in conversations with controversial thinkers and present post-Socratic dialogues around universal themes.

We run talks and events, as well as short and long courses both on and offline.

We are looking for new contributors

We want our writers to submit pieces to us that inspire them. We want our writers and readers to feel as though CULTURE ON THE OFFENSIVE is a platform for expressing and exploring new, maybe controversial, but definitely thought provoking ideas that allow people to understand contemporary culture in new ways.

Once registered you can comment on our articles. If you wish to sign-up and support us by paying a small subscription and becoming one of our ‘plus-ones’, you can:

Attend talks, events, and courses for discounted prices, and get discounts on our books as they are published from assorted content on the site.