The Matrix – Twenty Years On

On March 31st of this year, The Matrix celebrated its 20th birthday. Directed by the Wachowski siblings, this “cyberpunk” masterpiece, with its dystopian futuristic vision, was a box office success.

Taking place in a post-apocalyptic distant future, The Matrix paints a disturbing picture, one where humans find themselves subjugated by a nebulous enemy that has achieved artificial intelligence. Orwellian in every sense of the world, the masses are controlled through the use of a simulated dreamworld.

In an age of forgettable rom-coms and even more forgettable action movies, The Matrix revolutionized the movie experience in so many ways.

The Wachowskis’ magnum opus was – and still is – much more than idiosyncratic fashion styles and ultra-slick action sequences. With its multi-layered narratives and nuanced cultural references, The Matrix opened the door to discussions on everything from capitalism to free will.

With a heavy focus on themes like exploitation, ideology, and reality, the “real” world of The Matrix takes place around the year 2199. From the very beginning, the anti-capitalist sentiment is clear:

Humans are being harvested for energy in sprawling fields; their only salvation is the fact that most of them are oblivious to the extent of their oppression. After experiencing an awakening of sorts, “Neo,” played by Keanu Reeves, learns that, up to now, his whole life has been lived within an intricate, simulated reality. This computer-generated dream world, which was designed by humans, farms human bodies for energy. At the same time, it distracts the proletariat via a parallel reality known as “the matrix.”

According to Andrew Naber of Gettysberg College, a man who has dedicated his career to researching the impact on of work on people’s lives, over a lifetime, the average person will spend 90,000 hours at work.

What should we do to distract ourselves from this bleak reality? How about distracting ourselves with mind numbing entertainment? ‘Keeping Up With the Kardashians’ ran for 15 seasons, for crying out loud. This tells us everything we need to know about the nutritionless ways in which millions of us distract ourselves on a quotidian basis.

If the Kardashians fail to float your boat, why not order something you don’t really need online? In this age of vanity and one click purchases, consumerism is an effective means of social control.  Desires—totally detached from actual needs—must be pursued at all costs. We are hamsters, forever running on a relentless wheel, desperately trying to scrounge together a few more dollars to buy the things we don’t really need. We find ourselves seduced by advertisements, many of which appeal to aspirations, not logic. With a ‘grass is always greener’ mentality, we are seduced by romantic notions that a better you comes with the acquirement of more things.

No money for purchases, how about taking to social media? After all, this is a great way to waste numerous hours doing absolutely nothing useful. Just like The Matrix produces a “reality” that keeps the masses placated, social media is adept at purporting to give us what we want.

However, behind the scenes, while we are busy taking part in the likes of Facebook’s ten year challenge, Zuckerberg and his minions are busy giving away user data. In December of 2018, The New York Times published another long and damning investigation into the social giant’s data practices, or malpractices. Based on hundreds of documents obtained by the Times, the story focused on Facebook’s extensive data partnerships with some of the world’s biggest tech companies, like Amazon, Apple, Netflix and Microsoft.

According to the Times, “Facebook allowed Microsoft’s Bing search engine to see the names of virtually all Facebook users’ friends without consent, the records show, and gave Netflix and Spotify the ability to read Facebook users’ private messages.”

Furthermore, “The social network permitted Amazon to obtain users’ names and contact information through their friends, and it let Yahoo view streams of friends’ posts.” It’s important to remember that Facebook isn’t just a social networking site; it is a colossal company that has acquired 79 other companies, including WhatsApp.

Meanwhile, Twitter appears to be governed by individuals who regard themselves as moral arbiters, deciding what does and does not constitute hate speech, as well as which users get deplatformed. In 2018, Twitter’s leadership announced that it was broadening its bans on “hateful” conduct to try to cut down on “dehumanizing” behavior.

The social media platform already bans (or attempts to ban, anyway) speech that targets an individual on the basis of race, sex, sexual orientation, and a host of other characteristics. However, the new plan broadened the scope of the crackdown, targeting more general speech that dehumanizes classes of people for these characteristics. In this age of virtue signaling and disingenuity, the idea that a number of elite millionaires, many of whom live on the west coast, get to dictate what constitutes “hate speech” should worry us all.

As a movie, The Matrix, although extreme, was prophetic in nature. In this futuristic dystopia, human beings are robbed of their agency and individuality. They are little more than objects, mere cogs in a machine known as production. When it comes to intrinsic worth, humans are relatively insignificant. Quite possibly, this is something many readers, especially young men, can relate to – a deep feeling of insignificance. 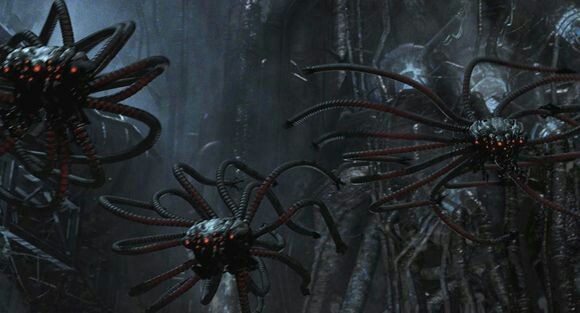 In the United States, according to a 2018 report by Centers for Disease Control and Prevention, suicide rates rose in all but one state between 1999 and 2016, with increases seen across age, gender, race and ethnicity. In more than half of all deaths in 27 states, the people had no known mental health condition when they ended their lives.

In North Dakota, the rate of suicide jumped more than 57 percent. Obviously, suicide needs to be viewed not only as a mental health problem but a public health one.

In 2016, nearly 45,000 suicides occurred in the United States, more than twice the number of homicides. Among people between the ages of 15 to 34, suicide is the second-leading cause of death. A vast majority of the victims are male.

However, today, that sense of autonomy appears to be lacking. According to the 2018 General Social Survey (GSS), happiness among young adults in the United States fell to a record low. The number of adults – ages 18 to 34 – reporting that they were “very happy” in life fell to 25 percent. This is the lowest level that the General Social Survey, a key barometer of American social life, has ever recorded for this demographic.

Viktor Frankl, a Jewish psychologist who survived life in a concentration camp during the Holocaust, once said: “Happiness cannot be pursued; it must ensue.”

What he meant, I think, is that an individual must have a reason to be happy. It’s not as simple as waking up and saying, “today, I am going to be happy.” The pursuit of happiness is nonsensical; it entirely misses the point. We require reasons to be happy. This comes from meaning, hence the title of Frankl’s masterpiece, Man’s Search for Meaning. Inside our “matrix” lies a culture that prides itself on the accumulation of things, completely devoid of meaning.

It’s all an illusion

In one of the most compelling scenes, Morpheus tells a beleaguered looking Neo that the “The Matrix is everywhere. It is all around us. Even now, in this very room. You can see it when you look out your window or when you turn on your television. You can feel it when you go to work, when you go to church, when you pay your taxes. It is the world that has been pulled over your eyes to blind you from the truth.” This is ideology 101.

We may not all inhabit a post-truth, post-science world, but it appears that more and more people are opting to permanently suspend critical thinking. In The Matrix, the red pill and blue pill represent a choice we have to make between accepting the truth of reality (red pill), which is often harsh and difficult, or maintaining a state of blissful ignorance (blue pill).

In the world of academia, unfortunately, too many opt for the latter. In 2016, in a desperate attempt to recover from the pain of having Ben Shapiro speak on their campus, students at the University of California-Los Angeles created a “healing place.” Bear in mind that the creation of the “healing place” occurred some three months after Shapiro’s talk.

That same year, a Harvard student declared benches to be a racial issue. Yes, actual benches, as in the things we ALL place our derrières on. In a piece for the Harvard Crimson, Ted G. Waechter wrote “Of course it’s about race — everything is. Our country was built on oppression, and race is everywhere, at every moment on my standard trip back to Harvard.”

A clearly incensed Waechter continued, “In a country built on oppression, everything is about race. Including the benches.”

Though the word “matrix” is a noun – meaning environment or atmosphere, the conditions suitable for people, animals and plants to live and thrive – it also refers to a culture where people gather to share a common set of beliefs and values, such as on college campuses.

Too many educational institutions have become nefarious entities that feed on the souls and bank accounts of students. Just like the computer-driven matrix in the film, the academic matrix mimics many of the traditional values; nevertheless – again, just like the matrix, – the academic matrix excels at controlling and exploiting people for its own unnerving purposes. The allure of the blue pill is undeniable; so many of us desperately want to believe the blue pill message. After all, it makes the precarious path a little easier to traverse. Nevertheless, ask yourself where this path leads. Further down the rabbit hole, one assumes.

All images from the film The Matrix. Written and Directed by The Wachowskis. Warner Brothers, 1999.