The Summer of Hate: Part 2. Why Would Anyone Want to Leave the EU?

It was a debate that split the political parties, and couldn’t easily be classifiable as a conventional struggle between left and right. It was also a debate that was repeatedly referred to as a tough choice, where proponents of both sides often seemed reluctant. This was especially true of the Remain side, as it’s biggest campaigners were often former Brexiters (Owen Jones, Jeremy Corbyn), and it’s loudest voice (conservative PM David Cameron) initially made great pains not to give the impression he thought a vote to leave the EU would be catastrophic.

As the Remain campaign creeped closer to the June 23rd referendum, Cameron begin to make remarks that were more apocalyptic. On these occasions, he was heavily ridiculed for scare mongering.

However, following the referendum result, the entire media started presupposing it. The Brexit position quickly stopped being perceived as one reasonable people may or may not endorse. It become something worthy of unapologetic scorn, ridicule, and derision. Many angry Remainers didn’t merely disagree with Brexiters. It seemed like they wanted to shame and censor them, insofar as they expressed that political affiliation. The repeated chant at many Remain protests was “Shame on You!” This was baffling, as it was in such stark contrast to the Remain camp’s behaviour before the referendum. Yet after the 23rd of June, many Remainers begin to speak about (and speak to) Brexiters in ways one might imagine far-right racists speak to illegal immigrants.

For a while, it seemed one reason many disgruntled Remainers were outraged was because they felt Brexiters had destroyed the British economy. It seemed like their position was that the strength of Britain’s economy was entirely dependent on not leaving the European Union. Yet, until 1975, Britain was not a member of the EU and didn’t suffer any severe economic consequences as a result. The argument that Britain should stay in the EU to avoid economic catastrophe sounded suspiciously like blackmail. It seemed to be saying that regardless of what the EU was or what it did, Britain could never justifiably leave. What the disgruntled Remainers didn’t understand was this was actually one of the reasons many voters chose to Brexit. They didn’t want their economic prosperity to be contingent on following the demands of an institution that was not democratically accountable to the British public. They also weren’t so keen on an institution whose major election campaign was funded by organisations like Goldman Sacchs, CitiGroup, and Morgan Stanley.13

You know, tolerant and outward looking organisations that have a reputation for fighting racism.

In the days after the referendum, one also got the impression many disgruntled Remainers believed being involved in an organisation like the EU is the only way a European country could be progressive. Yet no one, ironically, was condemning the European countries that weren’t part of the EU. No one was questioning the progressive credentials of Norway and Switzerland, European countries that dared not join the trade union associated with the single market. The European Union is that very trade union, comprised of 28 member states, countries that include Austria, Belgium, Bulgaria, Croatia, the Republic of Cyprus, The Czech Republic, Denmark, Estonia, Finland, France, Germany, Greece, Hungary, Ireland, Italy, Latvia, Lithuania, Luxembourg, Malta, The Netherlands, Poland, Portugal, Romania, Slovakia, Slovenia, Spain, and Sweden. 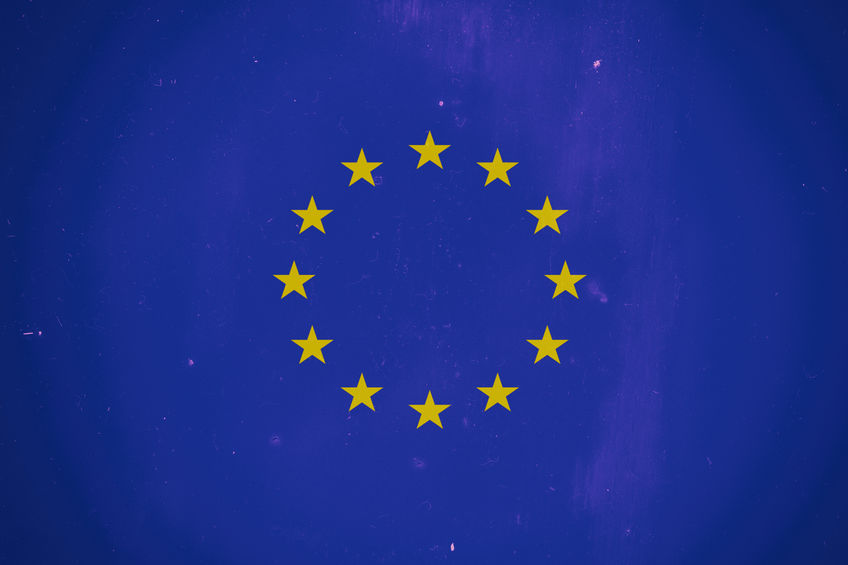 However, to call the EU a mere trade union would be somewhat disingenuous. It also functions as something like a political and economic union. It is not, like NATO, a union of member states deciding international laws to strengthen each country’s respective position as a military power. The EU only makes laws designed (officially) to regulate the single market it’s member states trade within. It’s policies aim to ensure the free movement of individuals, goods, services, and capital across this market. The EU also enacts justice legislation in home affairs, and sustains common policies on trade, agriculture, regional development, and fisheries.14 It even contains it’s own currency (the euro) that the UK, despite being a member state, doesn’t use.

There are (at least) a few things about the UK’s membership in the EU which make it a point of political contestation. The first is the UK has, since joining in 1975, shared it’s domestic law sovereignty with the European Union. This means that the 28 member states of the EU can vote on whether the UK must obey certain domestic laws generated by the European commission. This commission is unelected and creates laws in a way which is largely unaccountable to the populations of it’s EU member states.15 Of course, members of the European Parliament can, as a representative of each member state, vote for or against proposals generated by the commission. These 28 member states include Britain. However, the upshot of this is that Britain is one of 28 countries voting on the domestic laws of Britain. Furthermore, the mechanism for proposing these laws doesn’t come from the British public. Nor can it be fundamentally affected by the British public.

Another controversial feature of Britain’s membership in the EU is that some EU enacted laws are not merely laws that affect Britain’s trade in the single market. Some of them are blatantly political in the sense that they can both limit and shape the public policy of elected governments. For example, if Labour leader Jeremy Corbyn became prime minister of the UK, EU Law would substantally effect his proposed Labour reforms. He would, for instance, have to accept EU laws that allow big companies to exploit loopholes in British employment law.16 Also, neither Corbyn or any other incoming government could completely control how they choose to nationalise the railways.17 Any nationalisation plans or purported state assistance for fledgling private industries would be subject to EU trade and competition laws.18 Such laws could even have consequences for any new government attempting to thwart NHS privitasation.19 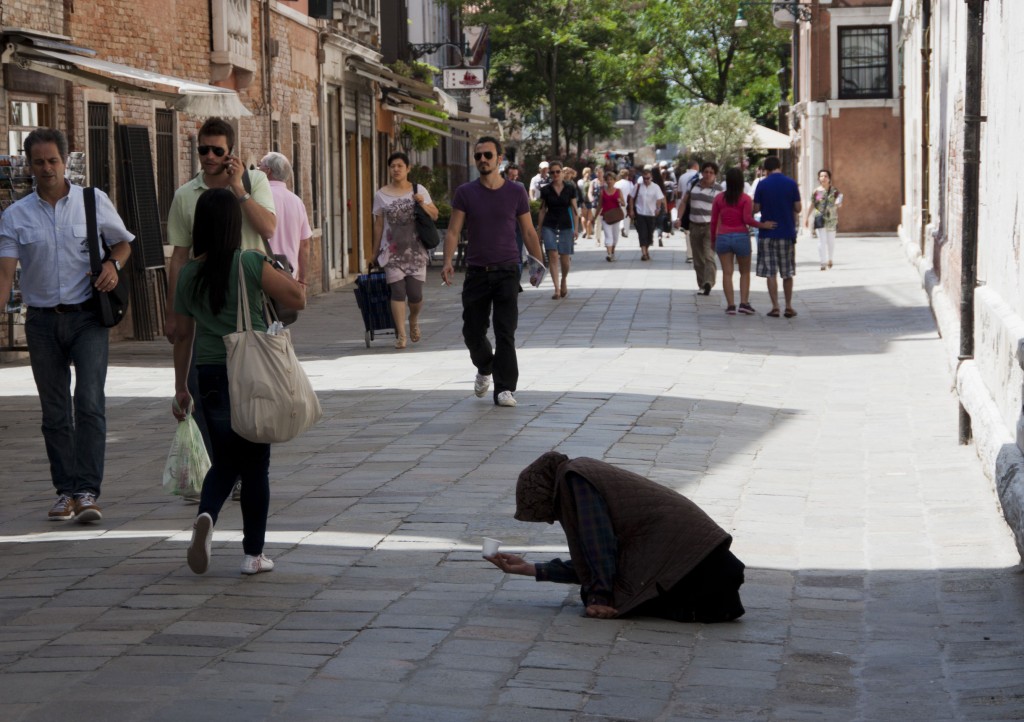 More controversially, the EU has a reputation for making inter-continental trade agreements in secret, the most notorious of which is the Trans-Atlantic Trade and Investment Partnership. TTIP is controversial, among other reasons, because it allows corporations to sue governments.20 TTIP has a whole host of detractors, including unions, charities, NGO’s, and environmentalists.21 Many of these same detractors also oppose Austerity, which is a non-negotiable obligation for EU members states during a time of debt.22 For those EU member states in the Eurozone, the annual government defecit to gross domestic product (GDP) ratio must not exceed 3% at the end of the preceding fiscal year. If it does exceed this number, the member state is expected to reduce it’s defecit by slashing public spending. This means the most vulnerable populations of EU countries often pay the cost of decisions made by well off politicians and the financial sector.

The EU’s neo-liberalism is also a reason many think the EU is bad for workers. While the EU is responsible for some workers rights (paid vacations, rights for expectant mothers), it also supports practices like zero hour contracts.23 Meanwhile over 20 million unemployed Europeans lack the right to work in EU countries.24 Because of the Viking Line and Laval EU Court of Justice rulings, employers with an address in one EU country can bypass the trade union laws of another EU country in which they do business.25 This is one reason why many economists believe the EU free movement policy is either bad for low wage workers or literally causes drops in wages.26

The EU’s free movement migration policy entails EU member states are legally obligated to accept that all workers in EU countries are free to travel and work in other EU countries.27 In theory, this sounds cosmopolitan. The reality is this immigration policy affects migrants by making Britain favour European migrants over migrants from other countries.28

Yet if you want to leave the European Union, you’re supposedly living in the past-a past where it was ok to leave an organisation because you didn’t agree with what it did and what it stood for. In the present, it’s more important to remain in any organisation that supplements economic growth and makes it harder for white racists to come into power. In the present, forward thinking people know that if you let people in any given country completely govern their own affairs, the country inevitably descends into racism and war. It’s just the natural order of things.

So the price necessary for protecting countries from their own citizens is to place limits on what those citizens can choose, limits on what their trade unions can demand, limits on how they can run their own economies, and limits on how much they can control immigration. There are, of course, limits to these limits. The public needs to be able to have some say over how things run. That’s why the public is given the power to elect governments, governments that practice equality, and are never a danger to the wider world. EU membership is perhaps what explains why those governments never harm vulnerable groups, or do anything racist or xenophobic.

Because of Britain’s EU membership, Tony Blair, for instance, was never a danger to the world. Britain’s last elected Tory government was also tolerant, egalitarian, and like the EU, very concerned about saving money to balance it’s budget. In fact, it was so concerned with balancing it’s budget, that it tried to do things like privatise aspects of the NHS and slash benefits for disabled people.

Things that aren’t so different from what the European Union does.

6. Cover Image for Part 2: Detail of the Berlaymont building in Brussels, the European Commission. “51840321” Copyright: bombaert