The Summer of Hate: Part 4. Brexit and Class Warfare

When You Are What You Hate

One had a sense, when watching the Remain campaign’s post-referendum protests of Brexit, that Remainers were worried about the loss of liberalism in Britain. For them, the EU didn’t merely make Britain’s trade relationship to the single market more profitable. It didn’t merely guarantee Europeans free movement. It kept Britain politically broad minded and progressive. It supposedly stopped racists and unsavoury nationalists from grabbing political power. And in exchange for this preservation of liberalism, all the UK had to do was give up a little bit of sovereignty, a little bit of democracy, and quite a lot of of trust in the public to make decisions about complicated issues.

After the referendum, it was the right wing elements of Remain which seemed more keen to accept Brexit as the will of the people. The left quadrant of Remain, however, still seems largely incapable of this acceptance. This is odd, because this is a left dominated by people speaking on behalf of tolerance, compassion, prosperity, education, and cosmopolitanism. These people are supposed to support the powerless and the disenfranchised. Yet they don’t seem all that excited about giving the disenfranchised a political voice. They seem more enthralled by the voices of educated, middle class intellectuals. They’re so enthusiastic about the latter voices, that they are fighting for them to be the dominant ones. This is why, even though these Remainers are mainly left-liberals, they often say things which are more plutocratic than democratic, less liberal than authoritarian.

What’s interesting about this particular rally is how much it expresses a frustration at the possibility of losing the EU’s free movement policy on immigration. Everyone at the rally assumes that free movement for Europeans is the tolerant, anti-racist stance on immigration. They accept this, despite the fact that part of this policy involves everyone who isn’t from an EU country being subjected to vastly different conditions for settling in Britain. If you come from an EU country, you can permanently settle in Britain after five years of lawful residence.43 If you’d like to permanently settle in the UK and you don’t come from an EU country, it’s almost impossible unless you are living on a comfortably middle class income. As a non-EU migrant, In order to apply for settlement, you need to be making at least £35k.44

The majority of the middle class Brits I have ever met make less than that. Those very Brits live quite comfortably, with life-styles no one would associate with poverty. But if they were non-EU migrants, they would mostly likely be forced to go back to their country of origin, even after living and working here for a number of years. That’s another way of saying their lives would be destroyed. 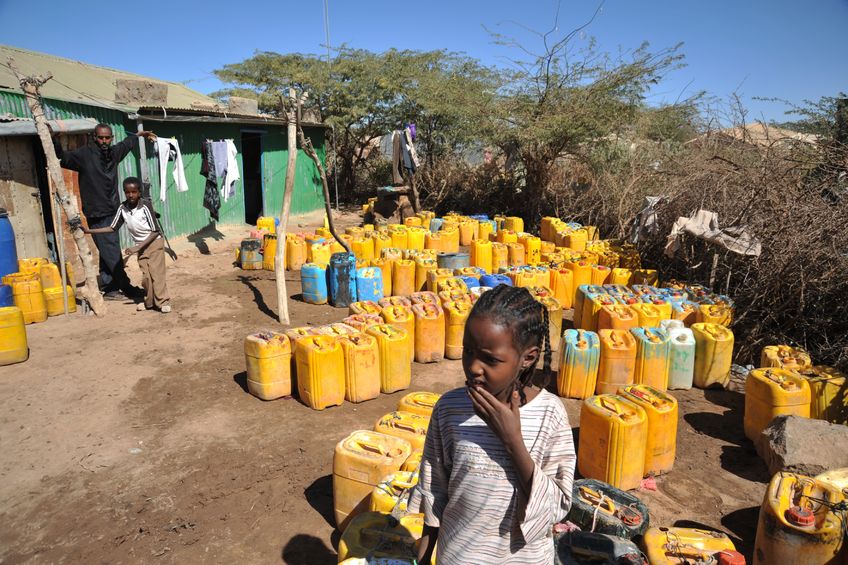 One of the largest refugee camps for african refugees and displaced people on the outskirts of hargeisa under auspices of un. point of delivery of drinking water.

When living under EU “free movement” regulations, migrants from non-EU countries end up being treated like utilities. They are valuable to Britain, not because they are good people, but because they make good money. As has become well known since the refugee crisis, many Africans, for example, are not good enough to live in Britain. Because of this, many of them have died.45 Yet this is the policy the Remain rally sees as the focal point of it’s passion. In this way, these Remainers are doing something the left isn’t supposed to do: combine unabashedly plutocratic sentiments with support for an immigration policy that’s unabashedly classist. It’s also kind of racist, as it presupposes that Africans, Asians, and Americans are inferior migrants who should jump through more hoops before they can settle in Britain. But make no mistake. This immigration policy is still more classist than racist, because middle class incomes are a way for people of all skin colours to settle in Britain. The equality of all races is not a way for people of all income levels to settle in Britain.

That is not a coincidence. People with £35k are not merely more economically productive than those who make less than that. People who make £35k are desirable because it is assumed, in virtue of their money, that they are nicer, wiser, more civil, and gentle. So by letting in someone whose income exceeds this threshold, you aren’t just adding to the British GDP. You’re adding someone into the country it’s presumed fits better with the aims of UK culture. But on EU free movement, migrants from the European Union are exempt from the requirement to be in this income bracket, the bracket associated with niceness, wisdom, civility, and gentleness. EU migrants thus have a special, unearned freedom that non-EU migrants lack: the freedom to be in the income brackets associated with working class culture. 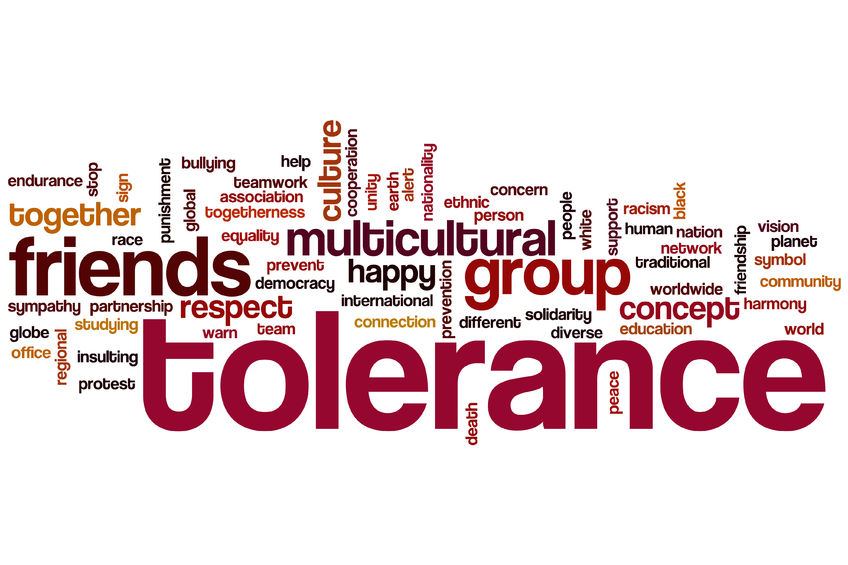 Thus, the Remain rally’s association of EU free movement with “tolerance of other cultures” seems less like evidence of tolerance than the product of somebody forgetting to take their medication. EU free movement is as tolerant as the racial segregation of Jim Crow laws. But because the intolerance is only minimally racial and maximally economic, it can obtain a reputation which is thoroughly disconnected from reality. But this is unfortunately what one would expect. The reality of the EU or it’s policies isn’t what’s important at Remain rallies. What’s important is showing solidarity with an idea: The EU stands for tolerance. Brexit stands for intolerance. And in the natural order of things, democracy is the vehicle by which the tolerant are supposed to crush and silence the intolerant. When it doesn’t work out that way, too bad for democracy.

When one understands all of this, one can’t help but feel that the political realm is in the grip of a strange kind of hysteria. It wouldn’t be out of place to call it surreal, as a more polite way of avoiding adjectives like “insane.” It feels this way because in the world after Brexit, it is “progressives” who are saying that classism is broad minded, racism is anti-racism, black is white, intolerance is tolerance, and that even plutocratic elitism is democratic. It is “progressives” who are defending an immigration policy that ensures that a range of law abiding migrants will be kicked out of Britain for not having income levels associated with… progressives.

Because of the influence of “progressives” on mainstream media, this summer has given us a re-characterisation of traditional understandings of left and right. The right are no longer the privileged elites. The left are no longer the proletariat. Rather, it’s the middle-classes who are tolerant, forward thinking, and wise, while the economically disadvantaged are the potentially dangerous, backward looking, and right-wing bigots. Unlike such right-wing bigots, the disgruntled faction of Remain, at this point, represents a sector of the political spectrum with a good deal of power. Disgruntled Remainers now largely shape the media narratives by which political issues are explained to the general public. This re-shaping informs not just political attitudes, but the very etiquette by which people express or not express certain contentious views.

These politics are the politics of today’s middle-class left, a politics that wants to shame backwardness, a politics less concerned with helping the poor than with civilising them. And if the poor can’t be civilised, this is a politics that happily goes to war against them. But whether this left is civilising or combatting it’s less fortunate opponents, one thing it does not do is treat them as equals. And because it does not do this, it can never be a wholly liberal democratic left.

It can only be authoritarian.

Hence, this left is right about something: it’s not unreasonable to worry about the rise of illiberal politics in modern Britain.

Resisting this illiberalism may be partially why it’s good Britain voted to leave the European Union. But this illiberalism is dangerous precisely because of it’s ability to flatter people who, for all their commitments to equality, can’t help but see themselves as superior to others who disagree with them. We too are no better than those who feel this superiority. All of us are capable of being flattered this way. We’re all human. There’s a classist and plutocratic “progressive” in all of us.

However, there’s an irony here.

Our lack of superiority is the very reason why we should talk to these “progressives.” Rather than spank them, we should try to persuade them. We should try to persuade them, without undermining their ability to have a say in how things run. We should critique their political views, but without telling them they should be ashamed of themselves. And with some patience, we should (gasp!) try to understand how they feel. Fundamentally, our political enemies are just our fellow citizens, our collaborators, and our co-pilots in the democracy we share. 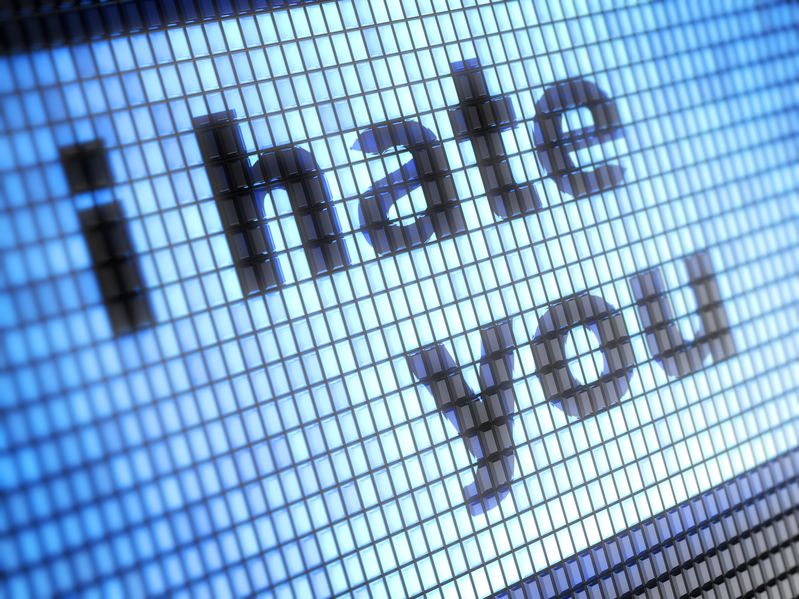 But you can choose to reserve your hate only for fascists and racists and all-around bigots, be they left or right. You can hate them with a passion. You can hate them with your friends on Facebook. You can re-tweet how much you hate them. You can glare at them on the street. You can take away their placards at protests. You can accuse them of ruining your country. You can act like it’s not your job to persuade them. In fact, you can refuse to chat with them at all.

And this, more than anything else, will give you still more reasons to hate them.

Because when you hate people, they don’t just abandon you. They leave both you and everything you stand for.

Even the good things.

14. One of the largest refugee camps for African refugees and displaced people on the outskirts of Hargeisa under auspices of UN. Point of delivery of drinking water. “44456964” Copywright: fotovlad

*All images courtesy of 123rf.com except for image 11.